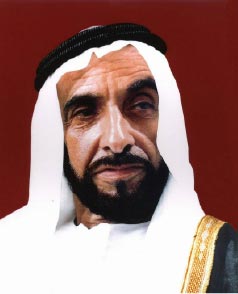 “To treat every person, no matter what his creed or race, as a special soul, is a mark of Islam.”

UAE Declares 2019 as Year of Tolerance

Under the declaration comes the 7 Pillars of Tolerance encompassing all levels of society to ensure the promotion and practice of the value of tolerance across the nation.

Tolerance in the Community shall promote the values of tolerance within family and community levels through relevant community centre activities. This aims to encourage Emirati and non-Emirati families and individuals to embrace the culture of tolerance in their daily lives and to believe in multiculturalism as a positive tool for nation-building.

Tolerance in Education institutionalizes tolerance in all UAE schools, universities, and learning institutions. This is to strengthen UAE’s stand that through education we can achieve a better understanding of the world around us and we can foster cooperation to spread the practice of tolerance in place of extremism, hate speech, and racism.

Tolerance at the Workplace aims to create a safe, tolerant and cohesive workplace in the public and private sector organisations through programs highlighting equal opportunities. UAE, home to millions of talents and professionals of over 200 nationalities, is strengthening its status as a global destination for work and life.

Tolerance and Culture have been established to promote cultural tolerance through a variety of art and cultural events. This aims to enhance a deeper understanding of other culture, especially in the minds of the youth, as expressed through visual and lyrical arts, traditional dances, and other forms of arts.

UAE Model of Tolerance  solidiﬁes the nation’s quest to become a global capital for tolerance. UAE leadership is committed to its ongoing and future projects designed to  promote dialogue between cultures and to sustain its huge efforts to inspire its neighbouring countries to embrace the culture of tolerance and peaceful co-existence.

Tolerance in Policies and Legislation is UAE’s paramount effort to guarantee sustainability in the practice of tolerance. Through policy, legislation such as the Law on Multiculturalism, and executive regulations, UAE champions the value of tolerance beneﬁting all its citizens and its residents regardless of race, age, religion, gender, political belief, and social standing.

Tolerance in the Media, by using both traditional and social media tools, the UAE aims to promote the value of tolerance, a huge leap from the global current use of media spreading negativity and hatred causing divisiveness among individuals, tribes and nations. UAE will spearhead efforts to turnaround the use of both traditional and social media to promote a more tolerant, compassionate world for the future generation.

Thus, in support of the UAE government’s efforts toward a tolerant world, the World Tolerance Summit 2019 introduces new event features in the hopes that not one single member of the global society will be left behind to enjoy the social, economic, cultural, and humane beneﬁts of a tolerant and accepting world.