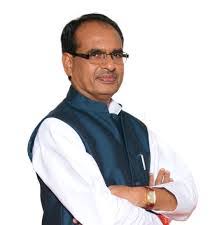 Bhopal: On the basis of population in India, maximum number of tribal brothers and sisters reside in Madhya Pradesh. Every fifth person in the state belongs to the tribal category. In order to connect this section of the society with a population of about 1.5 crore, the state government has prepared a comprehensive action plan for development and implemented many schemes and gave them an effective embodiment. Whether in the field of education or employment, self-employment, health, drinking water, housing or protection of their rights, work is being done on a large scale in Madhya Pradesh in all respects. A unique scheme “Ration Aapke Dwar” is also being started by the state government for the ration available to the tribals. Prime Minister Shri Narendra Modi will launch the scheme on November 15 from Jamboree Maidan in Bhopal.
Tribal Mahanayak Pride of Madhya Pradesh
Chief Minister Shivraj Singh Chouhan believes that the tribal people of the state are hardworking and dedicated. After living in the forest areas for years, he has spent his life conserving the forest and wildlife. Our tribal brothers and sisters who live in the forests, without worrying about their rights, are also working for environmental protection for years. The state government is determined to give them their rights. Great heroes like Birsa Munda were also born in the tribal society and sacrificed everything for the independence of India. Our Madhya Pradesh feels proud with such tribal heroes. The Madhya Pradesh government is going to celebrate “Tribal Pride Day” in the hospitality of Prime Minister Shri Narendra Modi on 15th November, the birth anniversary of Mahanayak Birsa Munda.
Smart classes for competitive competitions
With the concept of holistic development of tribal society in the state, the decisions taken by Chief Minister Shri Shivraj Singh Chouhan will not only make the tribal class self-dependent, but will also become aware of their rights and join the mainstream of development. Will be able In order to expand education in the tribal society, arrangements have been made to prepare the sons and daughters of the tribe for the examination of NEET and JEE Mains from class 8th, 9th. Along with this, smart classes will also be conducted. The government will also pay the full fees of the successful tribal students in NEET and JEE.
Right to Community Forest Management
For the upliftment of the tribal class, Chief Minister Mr Chouhan has recently decided that the right of community forest management will be given to the tribal society. Under the pilot project, the work of selling tendu leaves will be given to the Village Forest Committee/Gram Sabha. The forest committee will have the right on bamboo-ball and firewood from forest produce. The committee will be able to earn income by selling it. A part of the timber obtained from harvesting will also go to the committee. Under the Devaranya scheme, forest produce and forest medicine will be promoted and under these forest produce will be purchased at the minimum support price. Along with this, Madhya Pradesh Medicinal Plant Board will be formed. The Madhya Pradesh government is also going to implement the PESA Act in a phased manner as part of an important initiative to protect the constitutional rights of tribal brothers and sisters.
Employment and self-employment
Important initiatives have also been taken to provide employment and self-employment to the youth of the tribal society. Chief Minister Shri Chouhan believes that if the youth of the tribe are given employment opportunities, then they can change the scenario of the society with their hard work and honesty. The Chief Minister has decided that 4 youths will be trained as Rural Engineers in each tribal dominated village. Tribal brothers and sisters will be given training for recruitment in police and army. In the coming one year, a campaign will be launched to fill the vacant posts of backlog in various government departments. Along with this, an integrated scheme will also be made for fisheries, poultry and goat rearing for self-employment.
Sickle cell mission will start
The state government has also geared up to rid the tribals of sickle cell anemia disease. Madhya Pradesh State Sickle Cell Mission is being started from 15th November. Prime Minister Shri Narendra Modi will launch the mission in the program of Tribal Pride Day. Eligible patients will be given free treatment in the mission. Apart from this, for the availability of pure drinking water, through the Jal Jeevan Mission, every tribal village will be provided with house-to-house tap connections by constructing water tanks and laying pipelines.
“Ration Aapke Gram” Scheme for Tribal Village
Very sensitive towards tribals, Chief Minister Shri Shivraj Singh Chouhan has devised a unique scheme like “Ration Aapke Gram” for door-to-door delivery of ration in 89 tribal-dominated development blocks of the state. Under this scheme, tribal brothers and sisters do not have to go far to get ration nor have to make rounds of ration shops, for this purpose ration will be made available through vehicles till the villages of the beneficiaries. Also, in order to connect the local tribal youth with the employment of distribution of ration, vehicle loan will be made available from the bank on the guarantee of the state government. 26 thousand rupees will be given per month to each such tribal youth for transporting ration by vehicle.
In such districts of the state, which have been the places of work of tribal heroes, the state government has started naming big government institutions after the tribal heroes. Chhindwara University has been renamed as Raja Shankar Shah University. We can say that whatever the government of Madhya Pradesh and its head Shri Shivraj Singh Chouhan has done and is doing for the tribals during his tenure, it will prove to be a milestone in the all-round development of the tribals.
• GS Wadhwa 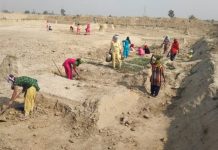 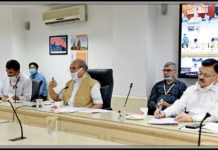 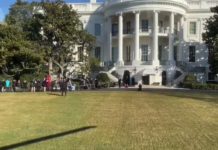